With over thirty years of managerial and leadership experience in complex and diverse organizations, Lee J. Bennett, Jr. brings in-depth interagency skill to Closs Global Solutions in his role as Vice President for Business Development. He has served in an appointed position within the Senior Executive Service and several years within the Executive Office of the President. Lee’s border operations security experience includes assignments at several Joint Operational Intelligence Centers within the state of Texas. He served as the National Guard Bureau’s liaison to the U.S. Border Patrol and served as agency liaison for the National Guard Bureau, supporting the 2010 Winter Olympics Coordination Center. 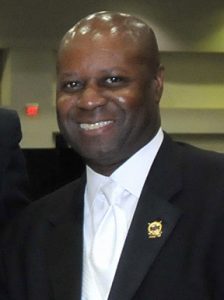 Lee was part of a project team that assisted the National Guard Bureau in the establishment of two National Joint Interagency Training Centers and the development of a master training plan that focused on the training and education strategy for homeland defense within the National Guard Bureau. He was also a part of a team that designed a common Center of Excellence organizational model for the centers and schools within the U.S. Army Training and Doctrine Command. While he was a member of Abrams Learning and Information Systems, Inc. (ALIS), he was promoted to Director of Human Resources and served as Vice President.  Lee also served as Team Chief for the Republic of Georgia Armed Forces Officer Career Management and Unit Readiness Mobile Training Team (MTT). While serving with MTT, his responsibilities included developing processes and techniques to improve the Georgian Armed Forces capabilities to effectively track their own unit strengths and project requirements at least two to three years in advance.

Prior to joining corporate organizations, Lee held senior positions for four years in the Executive Office of the President, The White House, as the Deputy Chief of Staff and Principal Personnel Assistant to the Director of the National Drug Control Policy. He also served in the U.S. Army for over 25 years as an Infantry Officer, where he held command and staff positions in a variety of infantry units, including the 82nd Airborne Division, the 101st Air Assault/Airborne Division and United States Southern Command.